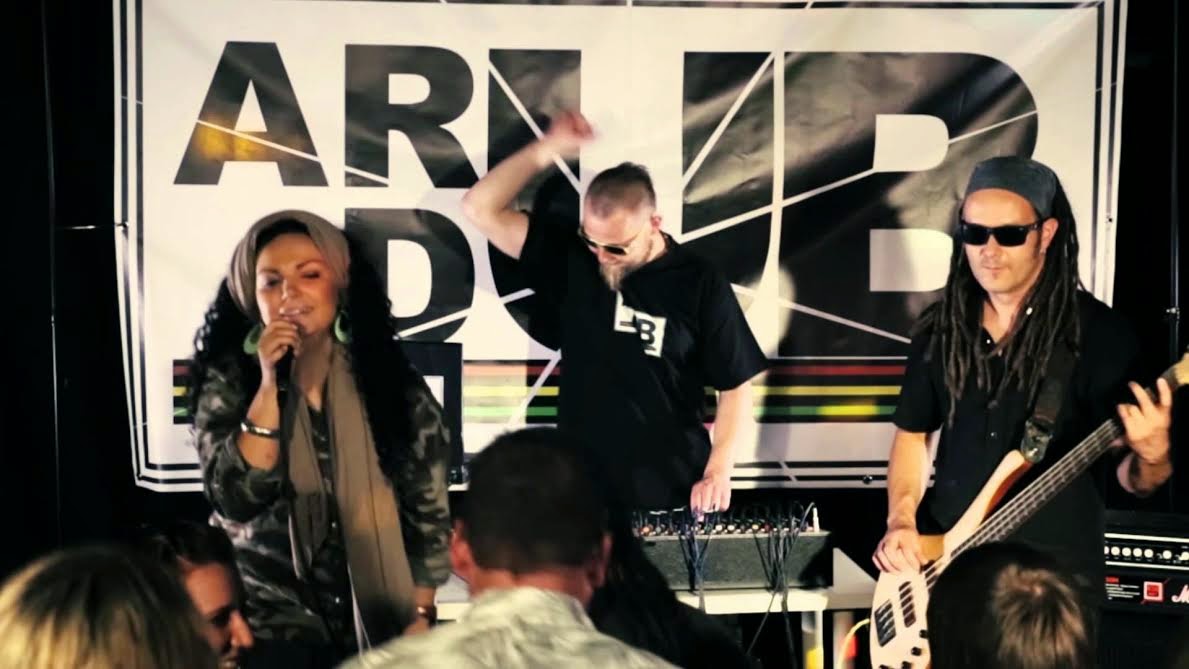 1) Who is is in the collective? Where are you from originally and how did you meet up to become ArubDub?

Arubdub is a 3-piece band formed by Chris, Arek and Monica.Originally from Poland but connected here in Ireland by the love for dub and reggae vibes.

2) Who does what within the group - Producer, singers, writers, players of instruments ect?

Arek met Chris after one of Joyful Noiz concert and thats how it all started.
"I remember it well, they asked me to record vocals for  two  songs and we ended up doing whole album".

The person who's behind all Arubdub production is Chris. He is the brain of all operation although nothing gets pass by without agreement from two other members. Arek is the man behind guitars and bass for Arubdub and Monika is writing lyrics and getting ideas for vocal melodies."Each song is different so it brings different emotions.Based on that we know which direction exactly we want to lead it.Most of the times we all agree in process of making our music and any disagreements  are often solved with a snickers bar so none of us would turn into diva.

3) How much material have you put out so far? Can you tell us a bit about the forthcoming album ?

We're at the final stage of releasing our first album called" Eternal fire"even though were already playing gigs wherever we can to put ourselves out there and let the people get familiar with our music.

4) How do you find the crowds in Dublin - are they all receptive to the sounds you are pushing?

I think reggae,dub music is still bit neglected in here but over the years  we've all been here in Ireland I can see big improvement.

5)  Where can people find you guys online?

To get familiar with our music you can like us on facebook www.facebook.com/Arubdub or check our tunes on www.soundcloud.com/Arubdub

Catch ArubDub Live at the Paddy's Day Skank on the live stage at 10:30pm.

Posted by Dirty Dubsters at 11:51 No comments: 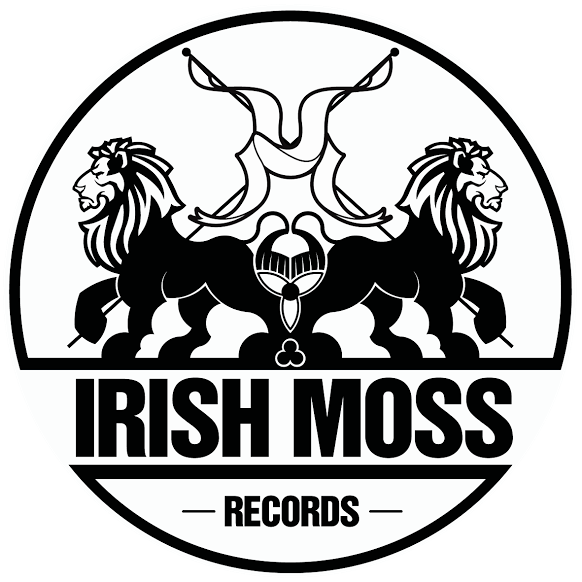 We caught up with the one and only DJ Ram, the owner of Ireland's first and only independent Reggae Music store: InDub for a chat ahead of the Paddy's Day Skank in the Twisted Pepper. Ram will officially celebrate 15 years this St. Patrick's Day. Yes 15 years in operations, supplying the music of the Caribbean to the people of Dublin & Ireland.

Greetings Ram,  So the obvious question is how has a Libyan national ended up flogging 7'' vinyl to most of the selectas in Dublin since way back when?

Greetings. Let me start by saying greetings and salutations to all the reggae fans out there, one love & respect.

As some of you know, I started DJing in 1994 at Andrews Lane Theatre, and we did run lots of reggae nights throughout Dublin venues, but for years it was very hard for me and a lot of DJs to find reggae vinyl in Ireland. People had to go England to buy them, so it was a dream for me to open a reggae shop that provide good reggae music(CD's&vinyl) at reasonable prices. After four years of planing the dream became true and I opened my first store at Mother Red Caps Market in November 1999, and we are still here, and we are bigger and stronger.

You've been involved with the reggae music scene in Ireland since the early 1990s. How have things changed in this time?

Ya man, I have been involved with reggae since the 90's , DJing and bringing bands and sound systems, and to be honest with you, reggae has gone a long way from the old days. Back then there  was only one reggae night on Wednesday at Fire House Skank, now we have reggae almost every night of the week, plus live bands playing like Bionic Rats and others. More and more reggae bands have come and played in Ireland ...  I have seen so many great bands, who played at Tripod for example, and that venue wasn't normally a reggae place, but great gigs they were. So reggae was accepted and embraced in Ireland, and I feel now I am part of a big reggae family, so that's great to see.

With record stores shutting up shop left and right in the recent past, how has your store inDub managed to survive?

Ya man a lot of records stores have had to shut down over the past couple of years, but we managed to survive the recession but first it was a very hard work just to stay open. We struggled like everybody else, but we had great customers, the majority of them who still had jobs kept coming and buying reggae from InDub to keep us open and support us. We also we kept our rent small by subletting (even if it's meant to be underground), like I did under coffee Irie in the basement so the high rent is a killer, and what was the main reason to stay open is that our shop is unique. Being the only reggae store everybody comes by the shop. They like what they see. We have the best reggae selection, but we are also the only suppliers of Riddim Driven clothing,which is a big seller for us... and also may be my big circle of friends. Being well known helps too - being a DJ and also always out promoting my shop, seven days a week.

What do you sell most these days? Vinyl, CDs or Merchandise?

These days we sell almost the same amount of reggae CDs and vinyl, but we do sell a lot of riddim driven merchandise at the shop and especially when we do reggae festivals, t-shirts will be the best sellers, and the rasta hats are good seller too, as we are the only shop who sell them.

You've become a staple at the RubaDublin Reggae Festivals. How have these gone for you so far, and what is it that makes your area so appealing to the punters?

Well the Rubadublin Festivals have been great for us, to showcase our music and clothes to the people at the Rubadublin Festival. To show them what we have, and to do that and enjoy it and make some money is a great feeling. It's a great idea and a lot of people wished it was once every month, so its great to be there with all these wonderful people who all they want is good vibration.
Our area is vibrant because when the punters come in, they can see how colourful the place is, with all the reggae t-shirts which add to the atmosphere, and we have got such great DJs who love to play reggae and do play great music ( Natasha, Atan, Catt, Ian, Dibo) so we like to party, and punters can see that and they love it.

Any plans for the future of the store?

Ya man my plan for the future is to keep working hard and enjoy it, things are getting a bit better than the past few years, so we hope to see the store getting bigger and more and more music will be coming. We know success is not a destination but a journey, so we are gonna enjoy the journey.
One love and guidance, thanks to the Dirty Dubsters and the organisers of the fest, thanks to Twisted Pepper, but most of all, big thanks to all the reggae fans who have supported us over the years. We could not have done it without you, big up. 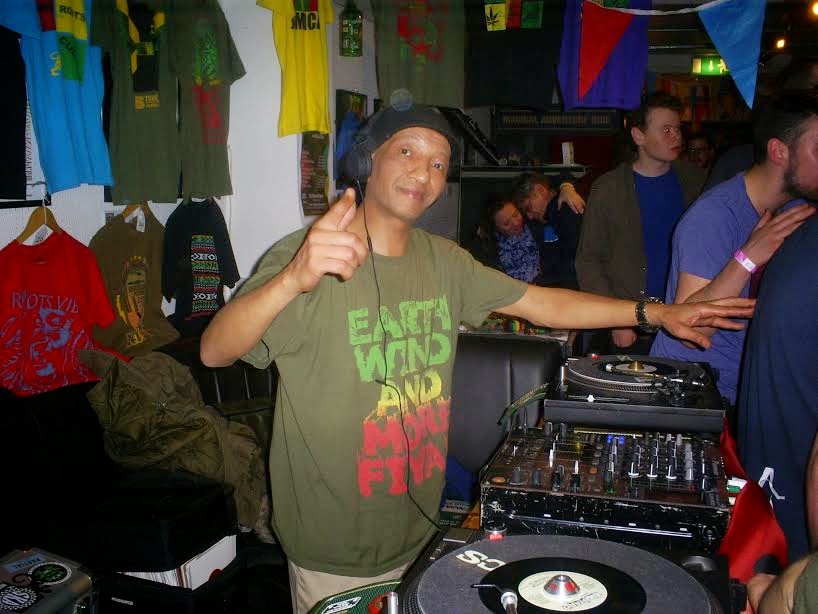