''No Rest'' for the Redeyed Mancunian Soundmen!

"No Rest" the latest IMR release with Manchester sound crew Red Eye Hi-Fi is doing the bizz at dances around the world right now, and feedback has been outstanding! We caught up with the riddim creators themselves for a quick Q&A ...

IMR: Hey Jack, the ''No Rest'' EP features vocals from hometown lad MC Fox and Parly B from Doncaster, its a strong collaboration from the North of England on this one, how did these links come about?

RedEye: Fox is a big part of the Manchester scene, as his style is so versatile, so working with Fox seemed a natural choice as we are pushing a few different genres too. He put down the 'No Rest' vocal a few weeks after we first played a show with him a year or so ago, and since then we have played up and down the country with him and have some wicked tunes in the pipeline, so watch this space. Theres a massive movement in Manchester at the moment, with so much vocal talent, so we're lucky to be able to work with some of the best artists in the country right now - shouts to Kathika, Skittles and Yemi Bolatiwa to name a few.

We first linked Parly around the same time and recorded 'Pose Up' and a little while later 'Need Some Rest'. He's grown into one of the biggest MCs in the scene in the time that we've known him and he absolutely deserves it, Parly is a true gentleman and a wicked MC.

IMR: Tell us a little bit about the video, we love this video here at IMR (and so do the general public it would seem as we come close to 40k views) Who's responsible for the concept? Was it all shot locally? Anyone you wanna shout out for taking part or helping out?

RedEye: Yeah big up DLO productions on the video & concept. We are working with DLO on a few other projects, so expect more where that came from. Also big up 'StandBy Studios' for supporting the 'No Rest' shoot and look out for our next track & video dropping in the next couple of weeks - 'Lights Out' featuring Kathika and filmed by StandBy...

IMR: Do you guys have a vibrant scene for Reggae/Dancehall shows in Manchester and the surrounding areas? Can you tell us a bit about how things are up there?

RedEye: There is a growing scene in Manchester. Theres always been Reggae and Dancehall in this city but in the last few years it seems to have become a little more popular. The night we run alongside the Dub Smugglers, 'Pressure Drop', has been wicked in the last couple of years. We've brought acts like Soom T, Mungo's Hifi, Iration Steppas, Dreadsquad, 7ft Soundsystem, Riddim Tuffa and loads more in the last 18 months and weve got some wicked lineups to announce for after the summer...

IMR: What Festivals are Redeye Hifi appearing at this summer? Also what set up do you guys run for the live shows/gigs?

RedEye: We've played Glastonbury and Beatherder so far, and still got Boomtown and Outlook in Croatia to come (You can catch us at Boomtown on Saturday 9th on the Hidden Woods Stage 4.15-5.15 and Tangled Roots stage 9-11). Our live show usually consist of us and a one or combination of the MCs we work with, genres such as Dub, Dancehall, Grime, Drum and Bass and Bashment, and allot of energy.

IMR: Do you guys have any new projects coming out on any other labels this summer? 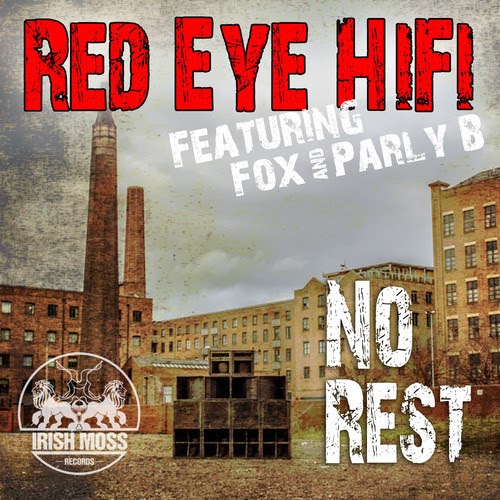 RedEye: Look out for 'Lights Out' ft. Kathika coming out in the next couple of weeks, then in September, look out for the 'Raise The Alarm' EP dropping on NB Audio featuring many of the artists mentioned above and more.