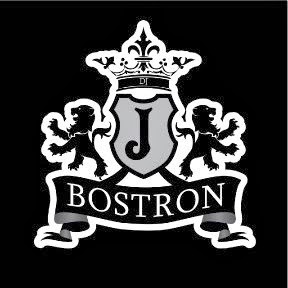 Lighters in the air massive! Torch and fyah! J.Bostron has entered the arena to scorch the arse off  the forthcoming Subtifuge & Mr.Williamz release "Ganja Dadda", with another blazing trip to the jungle in his third remix for the Irish Moss label.

The ganja crew have yet again another reason to rejoice as one of Scotland's premiere resident deck seargents and remixers put's flame to touchpaper, bringing the same power and vibration to the Nov 18th Subtifuge release that has made him so popular with some of our favourite bass-agents and crews, like Mungo's Hi-Fi, Blackout J.A. & Dreadsquad.

Interestingly, Jamie Bostron originally hails from Galway in the West of Ireland, hence keeping the Irish in Irish Moss for today. We'll be holding that theme up for the final preview tomorrow as we round things up with a remix from Dirty Dubsters, as the home team polish off the release with their reggae-fied skanker.

Links to earlier previews are below, and we love to hear how the music makes you feel, so do drop us a comment if any of the tracks have you rockin', or change your life in any manner! ;)

We're comin' at you again today with some high-octane tunage, this time in the form of a bad-ass jungle remix of next week's release "Ganja Dadda", the ragga-steppin Irish Moss Records debut from Subtifuge & Mr.Williamz.

Cranking up the jungle factor on this big boom tune is Canada's Marcus Visionary, a name which should be familiar to junglists the world over. Nobody in North America has been propagating quality Jungle/D'n'B on the airwaves as long as this man, with his "Prophecy" radio show melting the Toronto airwaves for nigh on 18 years. Visionary commands huge respect as both a DJ and Producer, recording and releasing for many labels over his two-decade-plus career, and his influence is not restricted to his home territories, being part of Shy FX's crack squad at Digital Soundboy.

So it's with this heavy hitting warrior that we continue the preview of the November 18th release, with veteran Visionary the first to get stuck into Subtifuge's original and put his own personal twist on the rawkus ganja banger. Get your ears round it, and as ever, let us know what you think!
If you'd like to add it to your Juno wishlist just click HERE, and if you missed the preview of the original cut just click THIS!

We'll be back tomorrow with the next look ahead, which sees Scotland's Jamie Bostron play the next card in this four-ace hand... 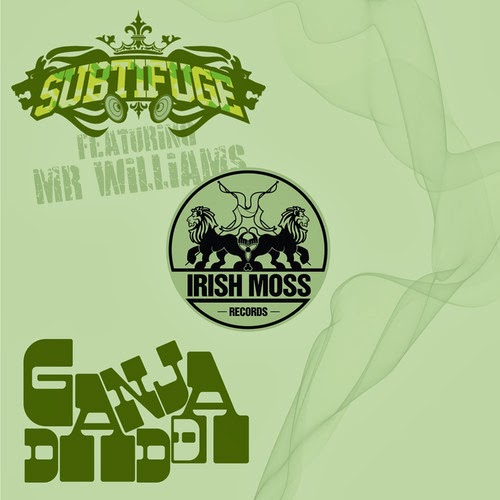 This one has been bubbling away for a little while in the laboratory, but the wait is almost over, with the November 18th release date for Subtifuge's Irish Moss debut only days away!

The Portsmouth producer teams up with the one and only Mr.Williamz on vocals to create a ganja anthem sure to have lighters raised the world over, with top rankin' remixes to ensure fyah bun on every dancefloor.

To get you all fired up we're giving you a listen to the original cut today, and if you drop by the blog here throughout the week you can check out previews of all the remixes. We appreciate every bit of feedback you would like to contribute, as do all the Irish Moss artists, so feel free to let your voice be heard by dropping your comments & love on Soundcloud, or indeed right here on the blog.

This is a big bomb, and you have been warned, so take cover in the open, or bunker down in the dancehall and let it blaze....

Dreader Than Dread (7" Vinyl) out now 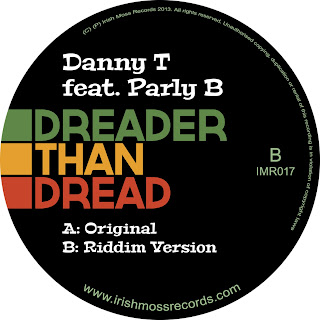 Danny T's first outing on Irish Moss is a BIG one. Enlisting one of the hardest working Artists in the UK at present to step up and run di place red. Parly B does just that on this sweet 7'' vinyl. A fine cut of Digital Dancehall from the UK with a riddim version on the B side for good measure.

Dreader Than Dread is available exclusively on 7" vinyl from all good record stores from 4th November 2013.

no digital release until 2014.